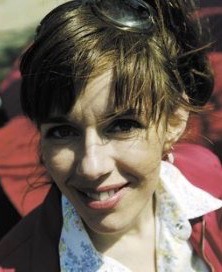 Set Designer Maja Ravn must be considered one of the brightest and busiest women i her field in our time. Since finishing her education from The Danish National School of Theatre in 1993, she’s created numerous set designs and costumes for all the bigger and smaller stages inside and outside the boarders of Denmark. Especially noticed she became having designed the set for Strindbergs A Dream Play at the Copenhagen Betty Nansen Theatre in 2007-08, for which she also received the prestigious Danish Reumert Award as Set Designer of the Year 2008  –  “A set designer of a very special caliber” they proclaimed her to be. In particular the Swedish people have noticed Maja’s great talent, she’s created the design for productions such as Evita at the Malmö Opera, Fanny & Alexander at Uppsala Stadsteater, Peer Gynt and My Fair Lady at Stockholm Stadsteater. In 2015 Maja was, together with Danish diretor Katrine Wiedemann, invited to go to Residenz Theater Münich, to set up Dangerous Liaisons, which became a huge sucess for both Maja and Katrine and ended up playing two years. Most recently the Danish audience were able to enjoy her work in the critically acclaimed staging of The Winter's Tale, Orlando and Amadeus - and new productions are in the making for this season.